The Internet is an essential tool in our daily life. Information, communication, education, work are the areas that require the constant presence of the web. To meet our needs, the versions of the internet have evolved a lot. Currently, we are talking about a new generation which is web 3.0. She is trying little by little to win the debate on the future of the internet. We will find out why.

A recently mentioned product, web 3.0 consists of implementing various innovative points. Compared to the current version of the Internet, this one brings a more decentralized approach in the use of the network. It is also an intelligent web and more semantic than ever. Moreover, it is a version that promises to change the near future of the internet.

Web3 is driving a massive redesign of the web. It is then a project that arouses a lot of discussions. This new phase is nevertheless inevitable given the incessant progress of technology. The first change concerns the strengthening of the powers of Internet users. In order to promote more egalitarian data processing and sharing, the tech giants will have to cede their hegemony. The very extensive centralization and control of the latter encroach on the freedom of Internet users. From now on, the new web generation allows users to access a complete, fast and decentralized service.

Difference between web 3.0 and other web versions

Since the beginning of the history of the internet, the offers were just limited in an information portal. Compared to the current web version, this first interpretation of the internet was animated by statistical pages. The year 2000 was marked by the appearance of web 2.0 which is much more participatory than the previous model. Hence the emergence of various platforms that we currently use.

After web 1.0 and 2.0, the new web 3.0 was born around the year 2014. Since then, it has promised innovative approaches for Internet users. From now on, you will have much more freedom when it comes to processing information. The cloud system in this project proves to be very beneficial for all users. The latter will have more power in this new web generation.

From now on, no prior authorization is required during the use of all services on the web. As a result, no one can block you or deny your internet access. In short, there will be no more abusive censorship from a foreign entity.

Semantic and decentralized Web: why ?

Autonomy is the first principle of web3. Without any government or corporate intervention, it’s totally an unbundled and separate process.

Web 3.0 is first of all a semantic web that allows you to publish and consult documents. Independently of an intermediary, each user can combine the information that seems important to him. In reality, the semantic web in web 3.0 wants at all costs to meet the daily needs of Internet users.

Furthermore, it is designed with standard web protocols and languages. This intelligent process makes it easy to interpret content.

Then, web 3.0 promoters work to make this product as fair as possible. They want the internet giants to be spared from piloting all the personal data of users. With this future of the web, you will have a tool that offers you a decentralized service. From now on, no third party will be allowed to monitor your activities on the internet.

The benefits of this process

The third generation web promises us a larger volume of data interpretation. Indeed, you can store all the important information without requiring a large hard drive. Since this future web3 version, the remote storage system will be very advanced. This will allow users to work in a personalized domain much faster.

Communication is growing at the level of each Internet user because this new process is adapted to all media. Whatever your operating system, you can easily join all the platforms that interest you. Also, web 3.0 is a more human version of the internet. Safer, faster and more open, it allows collaboration between web users.

Web3 technology also improves user journeys at the enterprise level. Soon, the problem of data storage and the integration of customers into the company’s platform will be solved.

The founder of web3 wants in the first place to spare the stranglehold of the internet giants. According to this inventor, these large industries centralize and control all the personal data of users. This exposes Internet users to a feeling of insecurity.

With the future web3, the control of activities is mainly up to the people concerned and therefore the user himself. In addition, he will have the power to transport information through the services he has chosen. From then on, large technology companies will no longer be placed as an intermediary on platforms and Internet users.

Link between web 3.0 and cryptocurrency

The web3 is based primarily on cryptocurrency mechanisms. Blockchain technology has been transposed into this future web version. As a result, the blockchain system allows Internet users to participate in the register. Once connected in the network, a cryptographic algorithm makes it possible to preserve the information.

In addition, Internet users will collaborate on this decentralized and secure technology. All transactions made on this platform require validation from each user through Smart Contracts. It is this massive participation that drives the cryptocurrency system and that will be copied in the new web version. This process is mobilized by the rise of the mechanism of non-fungible tokens which are mainly financial assets.

Web3 is mainly based on Artificial Intelligence. It is a technological advancement that brings a revolution in the internet sector. Artificial Intelligence allows you to quickly have relevant information. Compared to other web versions, a more productive and intuitive experience is then the expected result of web3.

With Artificial Intelligence, this new generation of the internet can offer you many advantages. For example, you can design a website independently and in a short time.

In this system, there is filtering which gives you great help. Indeed, the results in the search engines will directly meet your expectations. Your content will be adapted to the architecture you want and therefore of a better and more accessible quality. In addition, all planned marketing campaigns will be consistent and fast.

Many people think that this new version of the web is still very vague. It’s just a utopia that wants to generate buzz. According to them, the inventors of this system simply want to develop their marketing strategy. The project is not concrete and impossible to achieve.

For its proponents, web3 is a solution that involves a transformation at the command level of networks. If the web 2.0 version is guided by a specialized entity, the new generation is fed by all users.

However, the decentralized system can lead to slowness in the transaction. A very advanced mechanism, Web3 can be reserved for a category of people. In addition, the complicated steps and sophisticated software are obstacles to the spread of the process. These complex protocols lead to difficulty in coordination. 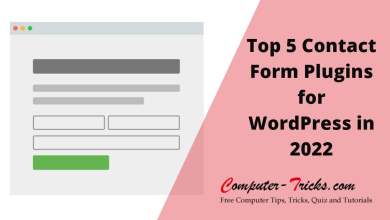 How to install a WordPress extension ?