Which apps to choose to get the most out of Apple Watch? The connected watch is growing. This popularity comes from the Apple ecosystem, but also from the many basic features offered by its smartwatches. A set of third-party applications also meet a variety of needs.

The Apple Watch is in its fifth generation. This inherits interesting new features introduced by the Apple Watch Series 4 such as an EKG and a fall detection function. Apple’s smartwatch is the market benchmark and cannot keep its aura without its many applications that allow it to be exploited to its full potential.

The Apple Watch has gained independence from the iPhone since Series 3 in terms of Internet connectivity and the operation of GSM networks. However, it is still very much linked to the iPhone. Most third-party apps on the Apple Watch are iOS application extensions that work with the smart watch. Sports, travel, navigation, entertainment, here is our selection of essential apps to install on the Apple Watch. 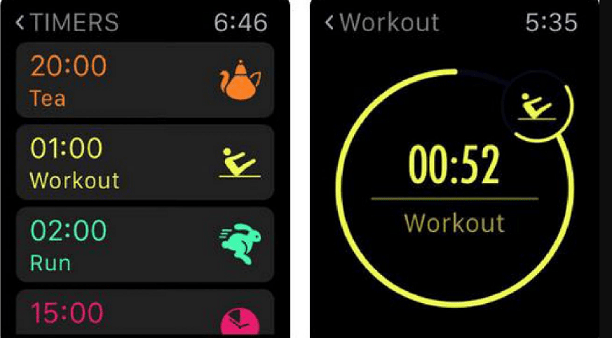 Both the Apple Watch and the iPhone have a default timing application, but many users complain that they cannot start multiple countdowns at once. If you use your Apple Watch to time and want to be able to have multiple counts active at the same time, the MultiTimer app is one of those that does it very well. 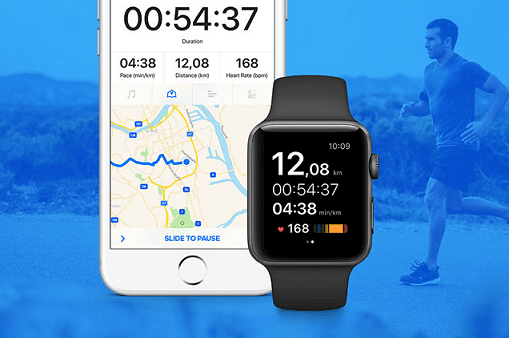 Runtastic is one of the most popular running apps. On a clear interface, you access all the statistics of your present activities in a pleasant way with in addition graphics to better follow your progress. Runtastic also uses Apple Watch’s GPS to present your routes in real time on a map. The app is free, but includes in-app purchases for some advanced features. 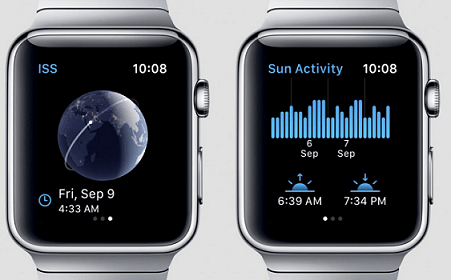 Never miss a thing that is happening in the sky. The Sky Guide app which is famous with lovers of astronomical phenomena is also Apple Watch compatible. Use it as a guide to the stars and constellations. The application also offers a calendar of upcoming events: eclipse, rains of shooting stars, passage of the ISS not far from you, etc.

City Mapper: manage your trips without stress, even in unknown lands 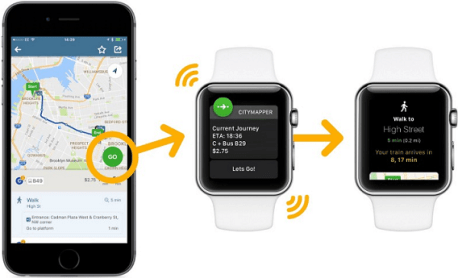 Another Apple Watch app for travelers. With City Mapper, get a lot of practical information to move around a city or to find out about public transport. Consult the bus or train timetables, download city maps and let yourself be guided to the best destinations.

Fantastical 2: the alternative for managing your calendar 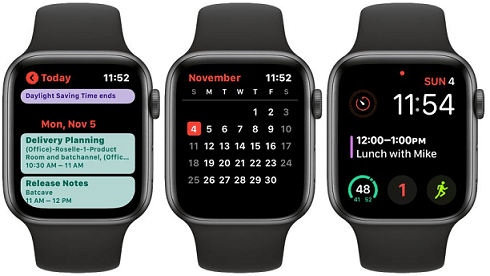 Fantastical 2 is a very complete calendar management application known to macOS users. It is also compatible with Apple Watch and goes further than the default application of the connected watch. Its interface is intuitive and well organized to allow you to manage your agenda. You can add events or reminders directly without using the iPhone, using voice commands with great precision. Fantastical is not free.

iTranslate: break the language barrier wherever you go 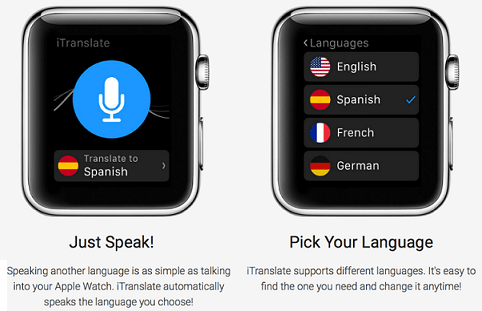 Are you going to a foreign country whose language you don’t know? Don’t panic, iTranslate, in addition to its text translation functionality, is also an application that acts as a virtual interpreter. You just need to select two languages ​​(English and the target foreign language). Press a button on the screen and speak in turn with the other party. Apple Watch translates everything you say by voice. Life becomes incredibly simpler …

Shazam: no more songs will have secrets for you 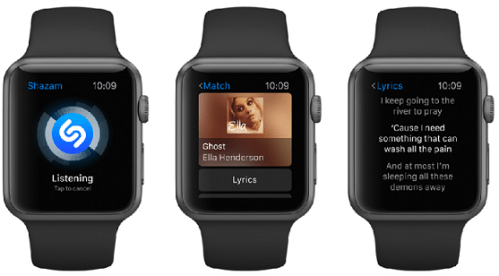 A song plays around you, but you don’t know the title or the author. Thanks to Shazam, find this information in a few seconds by simply pressing a central button and let the application listen to and search for the song in its huge database. Shazam is a very popular application that is also compatible with Apple Watch. 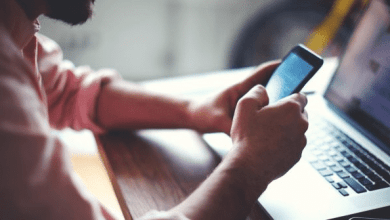 How to hide certain photos on android ? 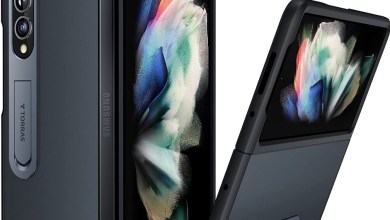